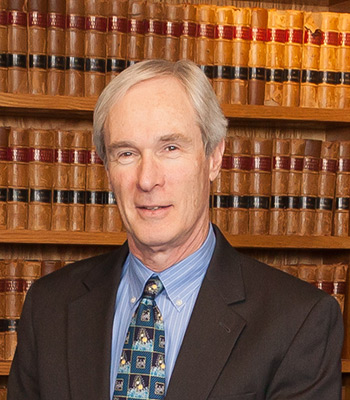 Jim serves as an Administrative Partner in our firm and also chairs our Real Estate department.  His practice is concentrated  on Commercial Real Estate, including Land Use and Development. Jim’s land use practice focuses on municipalities in Northern Bergen County. Jim enjoys an AV (highest possible) Peer Review Rating from Martindale Hubbell national lawyers directory.

Prior to becoming an attorney, Jim served as a Sergeant in the U.S. Air Force from 1974-1979. He continued to serve as Staff Sergeant in the Air Force Reserves until he was honorably discharged in 1981.  Jim received his undergraduate and law degrees from Ramapo College and New York Law School, respectively. Jim is admitted to practice in New York, New Jersey and the United States District Courts in New York and New Jersey. He is a member of the Bergen County Bar Association. As an adjunct member of the Ramapo College faculty, he also serves on the Alumni Advisory Board for Ramapo’s Anisfield School of Business.

A member of the Bergen Highlands Ramsey Rotary Club since 1992, Jim was President of the Club in the year 2000 and is currently serving on the Club’s Foundation Board. Other civic or pro bono involvements include the Center for Food Action, St. Paul’s R.C.C. in Ramsey,  Advisory Board Member of New Jersey Botanical Garden, and West Bergen Mental Healthcare where he is a Member of the Foundation Board of Trustees.

We are extremely pleased to celebrate with our client, Inserra Supermarkets, that one of our long-standing development projects is nally ...
Read More

Several significant Land Use matters have been brought before both the Superior and Appellate Division Courts recently by members of ...
Read More

On May 5, 2011, a huge hole in the Municipal Land Use Law was finally closed when the Time Of ...
Read More

The landscape continues to change around the new Site Remediation Reform Act (“SRRA”). You may recall prior Legal Update discussions ...
Read More

One need not be formally trained in economics to recognize the signs of a significant downturn in the health of ...
Read More

In August 2004, only days before announcing he was leaving office early, then Governor Jim Mc Greevey signed into law ...
Read More

In a recent edition of Legal Update, we called your attention to the NJDEP regulations governing septic systems. In effect ...
Read More

Development in Non-sewer Areas Difficult On March 20, 2001, new septic system regulations were put in place by the New ...
Read More

Subscribe to our Legal Update newsletter for great tips on topics like estate planning and tax savings, and thought-provoking legal articles!